The story of Cole Jones’ foray into entrepreneurship didn’t start with the dream of building an empire or becoming the next Zuckerberg. Cole, who studied Honours Philosophy at Laurier and graduated in 2015, was inspired by something simpler but much more important: food.

“We wanted to help farmers. It quickly grew from that, but it was the simple premise that food grown closest to you is the most difficult to access and typically the most expensive That seemed really backwards and we knew things needed to change.” 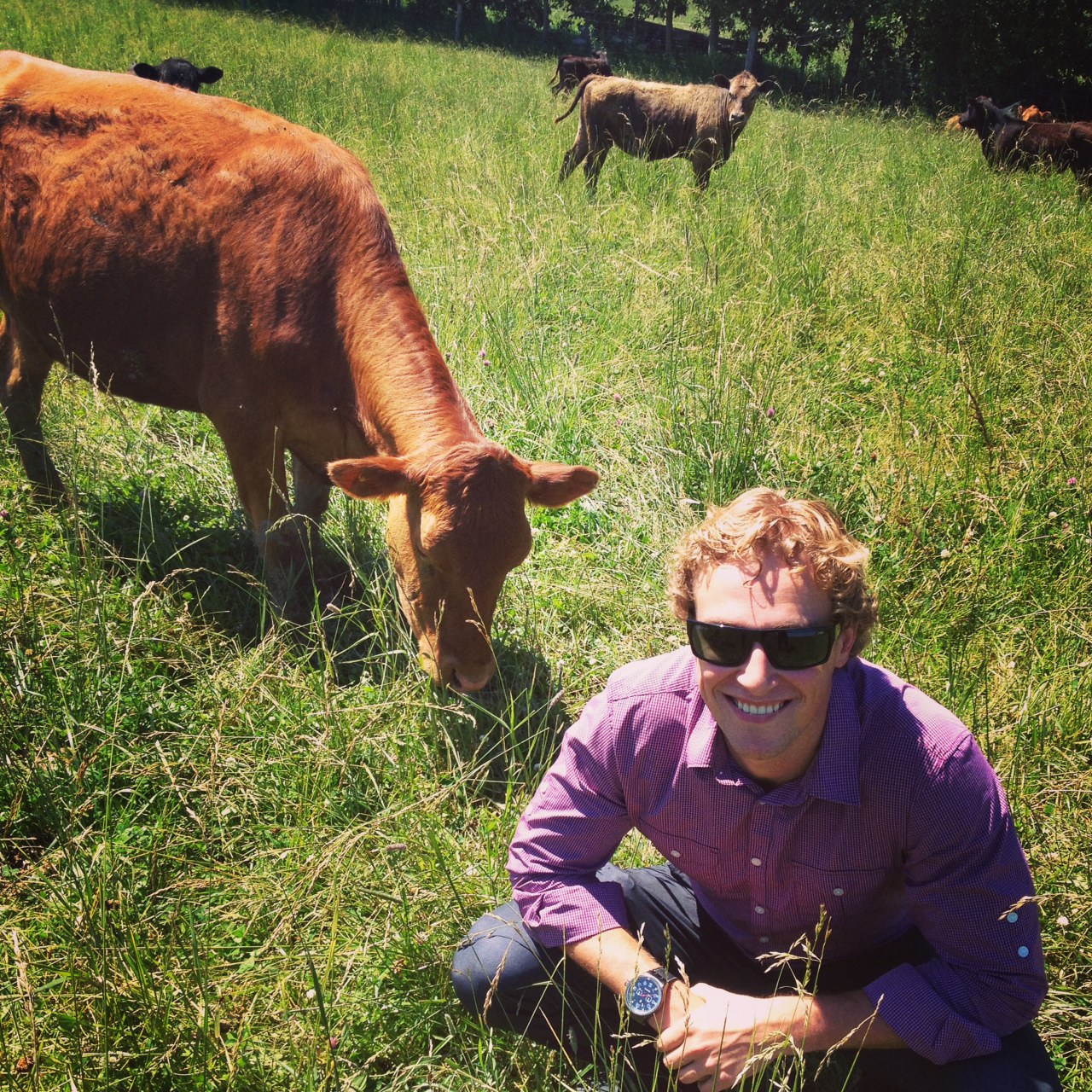 Cole Jones getting in touch with the roots of our food

Cole’s company, Local Line , connects chefs to local food suppliers through its web portal. It also provides cost tracking and invoicing, so that both the restaurants and suppliers using Local Line can easily manage their revenues and costs.

Beyond providing benefits to its two customer bases, Local Line is providing a service that makes it easier for us to eat locally. “Eating locally isn’t just important to me as a business owner. It’s critically important to everybody,” Cole says.

Putting in the work to change the way we eat

With his vision fuelling his fire, Cole set to work to make Local Line a viable business. In his third year at Laurier, he joined Laurier’s LaunchPad program . There, aspiring entrepreneurs learn the Lean Startup Methodology, where they constantly validate their ideas and adapt to what the market needs and is willing to pay for. At the beginning, Cole admits there was no mythical light-bulb moment where he knew he was on to something.

“Ideas don’t just happen. You have to be passionate enough about a problem that you’ll spend all your time trying to solve it.”

In August 2014, Cole had mastered the methodology and graduated from the LaunchPad program. Now, over a year later, Local Line is barrelling full-steam ahead. “Having Laurier’s support got us to the point where we had customers, a team, and enough traction to raise our first round of seed capital,” Cole remarks. 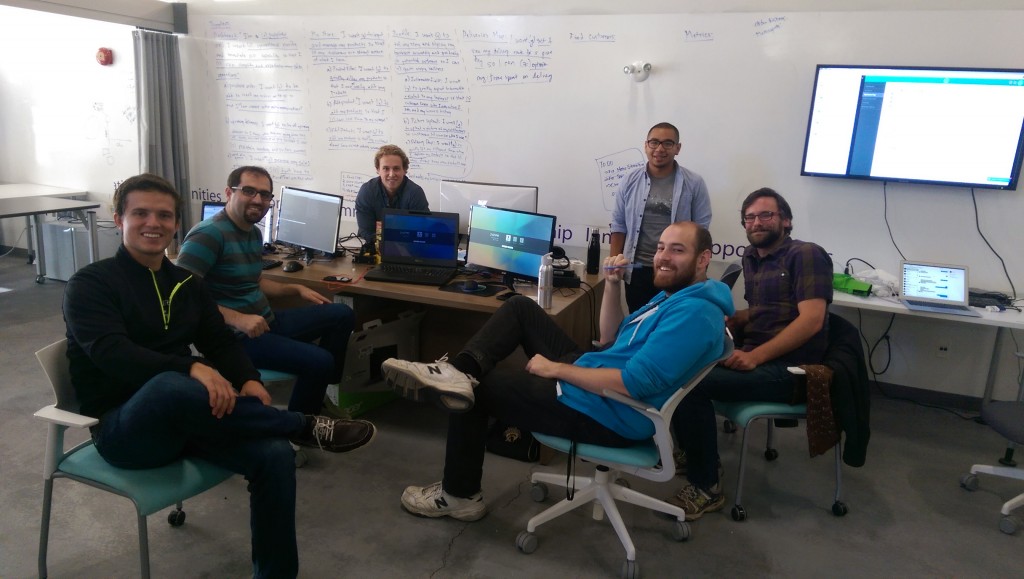 Today, Local Line continues to apply what was learned in LaunchPad – the team is constantly validating and iterating their programming, sales techniques, roadmap, and marketing. The way Cole describes it is, “It’s not about being right; it’s about making mistakes faster than anyone else. It means that you’ll arrive at a good, solid solution sooner rather than later.”

Local Line just launched the new version of its web platform. It goes beyond e-commerce and leverages the data it gathers: Each chef gets a customized report that shows their food costs in an infographic and breaks it down so that he or she can adjust on the fly. Food suppliers and farmers also have access to Local Line’s reporting features, can fully control their own virtual storefront, and are given optimized delivery maps that help them get their food in the hands of those who will cook it. 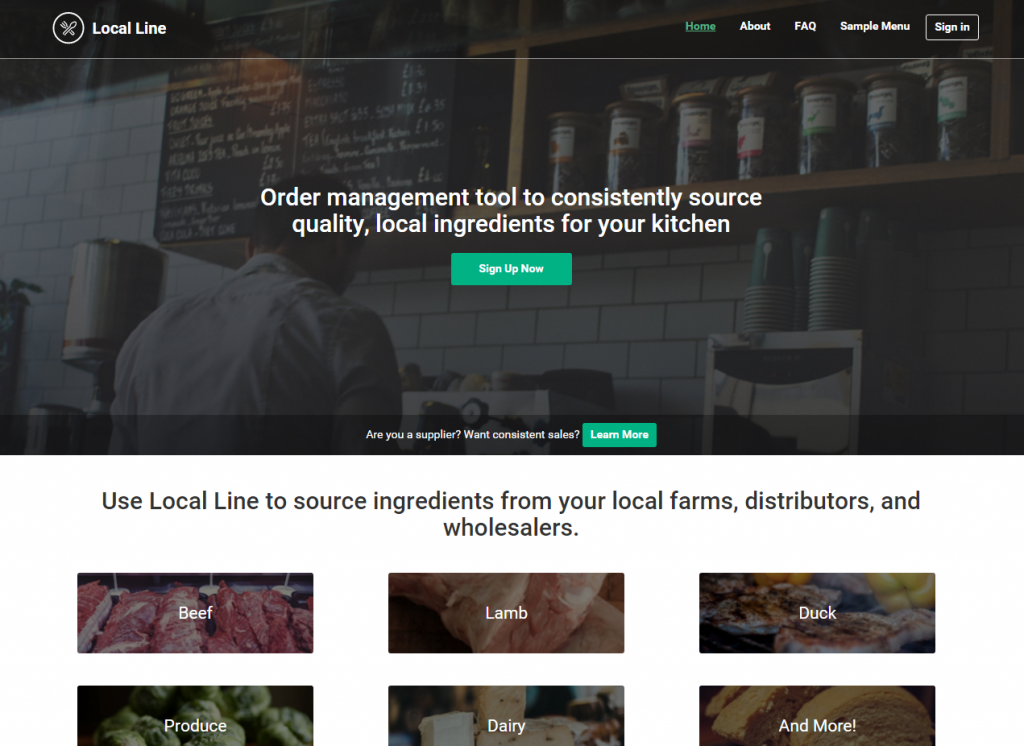 “Local food is much more than just a trend,” Cole says. His team of six will continue to bring together local food suppliers and chefs, and scale to other regions. It is the founder’s hope that the food model can be changed one region at a time, so that statistics like this one will no longer be true: the average food product in the world travels 1,200 KM’s from farm to plate. In Ontario, the average is 4,500 KM’s.

If Cole has taught us one thing, it’s to think of the big picture. With each of your three meals a day, consider where the ingredients were grown, were shipped from, and were stored. We all have a part to play in the demand for a better food economy, and Local Line is leading the way.